My kids call this the "Massive Slide Park" and for good reason! The huge slide is without doubt the centerpiece and where all the action is. Two additional playground areas (one for little kids and one for big kids) are also at Victoria Park. Sheltered picnic tables and electric BBQs are a bonus but note there are NO public toilets at the park.

Victoria Park is really quite huge, with two play areas that are at opposite ends of the park. The main play area (the one with the big slide) is at the northern end of the park close to High Street. Within this northern play space there are several play structures, some swings, and the long, long slide that has been there forever. The council would be lynched by the locals if they ever dared to consider removing it.

The play units are a strange lot. One unit looks as if it is meant to appeal to the younger kids, with an abacus and little doorway and a smallish slide. But then it also has a ladder with two rungs that are so high off the ground they are hard to reach that leads up to a circular monkey bar that the littlies wouldn't have a hope of using (as demonstrated by my 2yo daughter in the photo). Also the slide finishes about a foot off the ground so that toddlers would be unceremoniously dumped on their behinds when reaching the bottom.

The other play unit has similar incongruities, although it is clearly designed for older kids. However, the monkey bars are so high that even most adults wouldn't be able to use them. There really isn't much room for creative play on these structures.

The slide pretty much makes up for the shortcomings of the play units, though. Kids can use up loads of energy running up to the top of the slide to zoom down and do it again. And again, and again.

The park, itself, is lovely with some beautiful gum trees to hide behind. There is a croquet club, a cricket club, and a tennis club, so there is plenty of activity here. There must be some toilets, but I'm afraid I didn't notice whether there were any open to the public. There is one barbecue and some seating under a gazebo.

I understand that the City of Boroondara has a master plan for this park. I am looking forward to seeing what they come up with - and how long it will take to implement.

Have your say. Write a review of Victoria Park 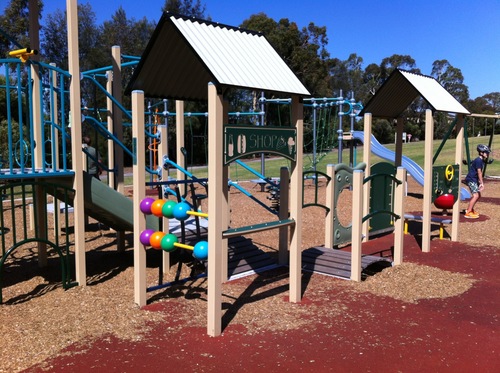 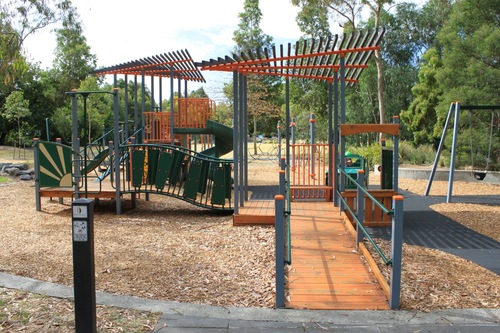 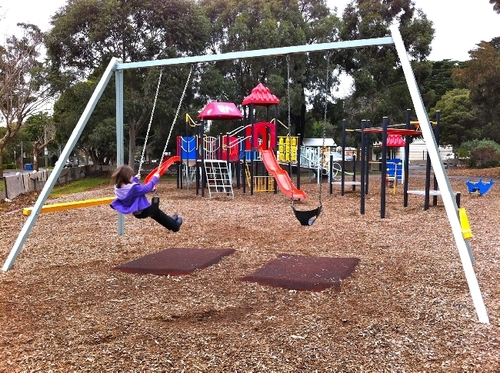 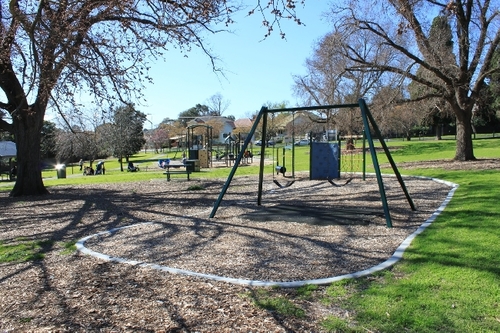 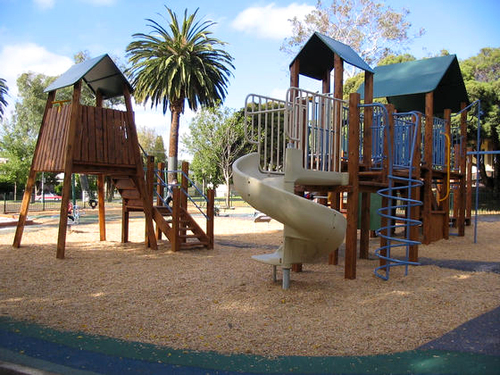