Mel Yuan
written over 6 years ago

Now an aging structure, the playground's boardwalks have been removed. Spring 2013 sees some maintenance works with an expected "renewal" in 2014/15. For community updates see: https://www.facebook.com/PrincesParkPlaygrounds.

Daniel
written about 9 years ago

Big green space and a BBQ close by

This is a lovely spot for a play on a warm Autumn morning. Princes Park is huge, with a couple of ovals, a running track and the rather imposing Princes Park grandstand, home of the Carlton Football Club and Cricket Club. Over the cooler months it's highly likely that you'll be able to settle the kids at the playground while you watch the footy players train at the nearby oval.

The playground is terrific, with plenty to occupy kids of all ages. The structure is mostly wooden and is built in the fortress-style, with ramps, bridges and towers to play on. A network of decking weaves around several sandpits as you move between the play units.

A new hexagonal swing set has recently been installed and looks like great fun for the bigger kids.

A sign displayed by the Melbourne City Council tells us that several roofs are being installed over the structure to provide children with some shade, which is marvellous. This should be happening over Autumn/Winter 2005.

Have your say. Write a review of Princes Park 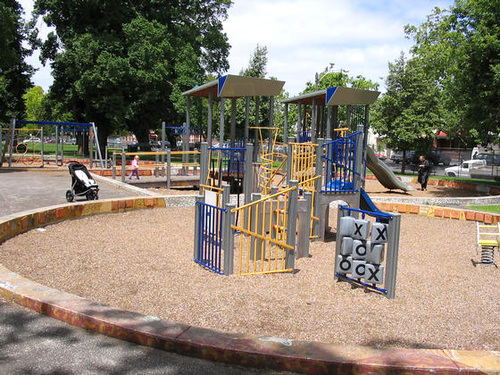 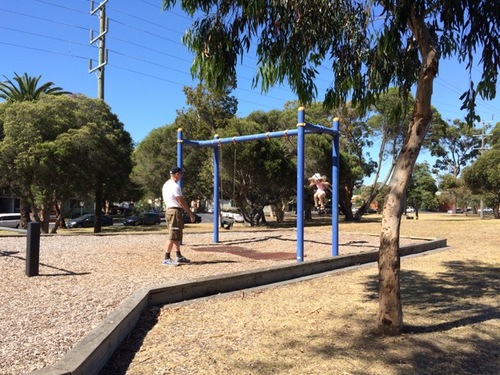 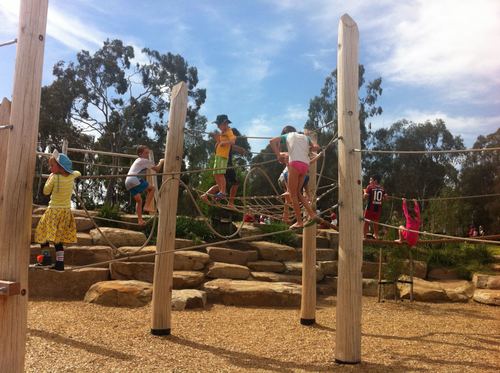 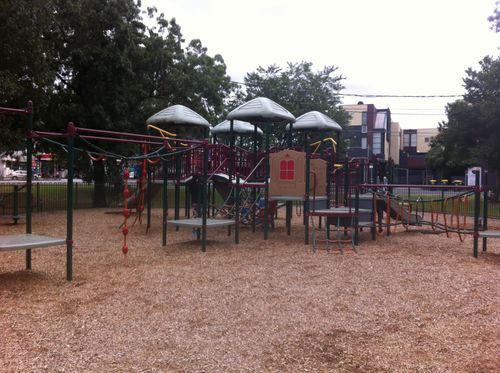 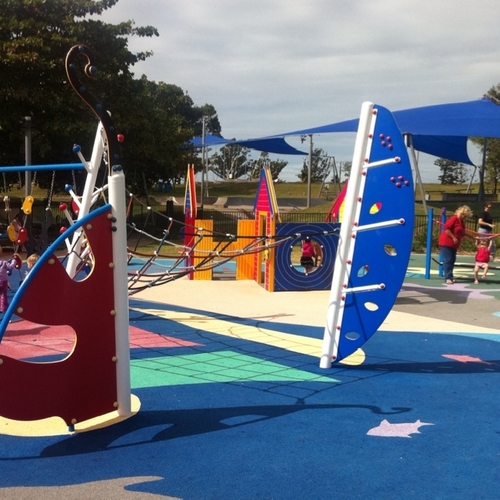 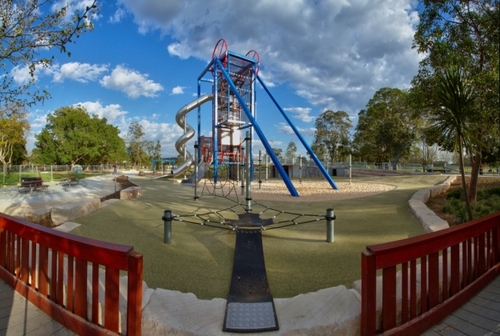