Visited this park today, 18 June 2014. I love that it is completely fenced and there are shade sails. There is plenty of parking right next to the park and it was very quiet today, compared to a weekend visit. My boys are 2.5 yr old twins and they loved most of the equipment, especially the flying fox. I find some of the equipment a bit bizarre and lacking cohesive thought, e.g. A lookout with only one entry and exit point and very little to entertain when you get to the top. Perhaps I just lack imagination! There are little clusters of things which can help when there are lots of kids. Overall, worth a visit and would be good if your children are a range of ages as there is something for everyone, but I don't think it will become a favourite.

Lara
written over 15 years ago

An update really. The toddler area has just been covered with much needed shade sails.

Tempe Reserve is fabulous, and the evidence comes from kids who visit it who will often stop in front of the equipment there and say out loud: "What does this do?"

There's a toddler area with low-rise castles and gentle slides, some nice rope climbs and a "sand castle" with bucket and rope for hauling sand out of a pit.

For the 4-8's there's a range of ultra-modern climbing frames, with bits that rotate and spin.

Accessing the larger slippery dip needs a tough climb or an ascent of the massive rope pyramid.

The star of the show is a Flying Fox. From a platform about 1.5 meters tall, kids sit on a disk attached to an overhaead cable. They're never more than about one metre off the ground as they woosh about 25 metres forward and rebound back. There's often a queue of ten or more kids for this super ride.

A massive BBQ area and bike paths are adjacent. And planespotting kids will love the fact it's all right next to the airport, although as the planes are very low and don't go overhead the noise is not an issue.

Crowds and lack of shade are the only things that stop this from being a five. And it would be nice if there was a food outlet other than the occasional Mr Whippy van.

Have your say. Write a review of Tempe Reserve 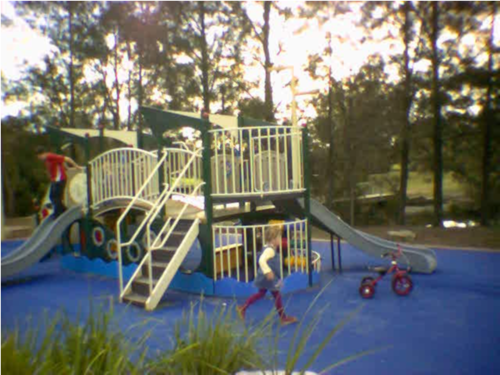 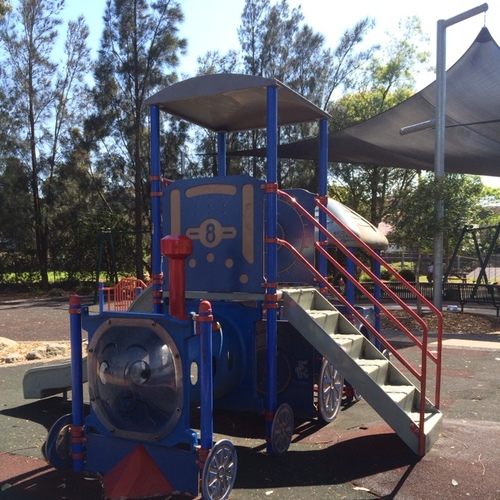 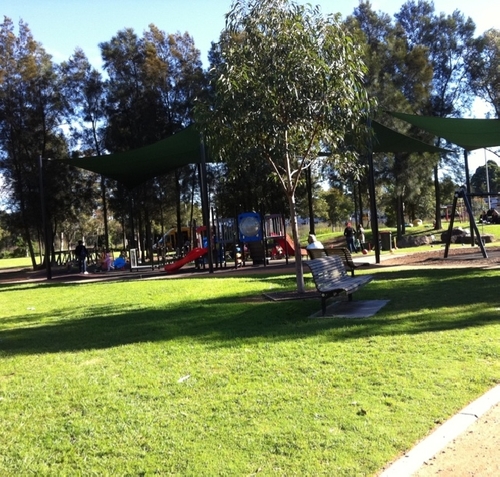