1 rating
Added about 5 years ago

Tiki Swain
written about 5 years ago

A popular park near the centre of Kalamunda. Stirk Park has plenty of open grass areas, shady trees, picnic tables and benches. A BBQ is close to the playground. There's a historic cottage on the other side of the park from the playground, near the sports club. There are toilets in the middle of the park. The park is perhaps three or four minutes walk from the cafes and restaurants of the town centre.

The playground borders Elizabeth St, there's plenty of parking there. While the playground isn't fenced per se, there is a fence between the car park and the play equipment so that kids can't run straight out into the cars. The playground layout is distributed - instead of one compact fort, there are many different bits of equipment spaced out over a ways. Some are shaded by trees for part or all of the day but not all. There is also a Liberty swing for wheelchairs which is well-shaded by shade sails. There is a small stream bordering the playground which can be accessed by children though it's not designed specifically for that purpose.

Most of the playground equipment is sized for children in the 1-10 age range, though children outside that will find some stuff to do as well. There are several things that toddlers can get involved with, but not so much crawlers.

Have your say. Write a review of Stirk Park 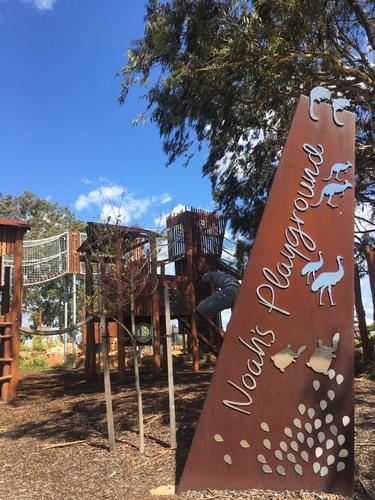 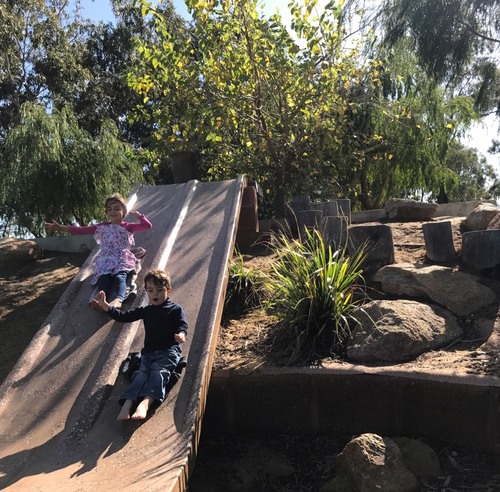 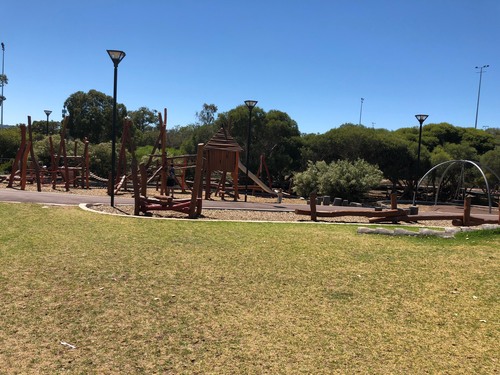